I’ve been collecting found shopping lists since 2015. I currently hold over eighty of them. My graduation work consists of a two-part work and an artist’s book, both of which have the same title Columns, Stacks and Keepsakes and are based on the gathered material.

I like to call the first part the table of keepsakes, which is a display of found shopping lists. Anyone is welcome to pick up the material and have a closer look. The collected lists peek out of the pockets of the table while details from the handwritings have been engraved into the table. The owners of the lists are the main focus for me in the work. A glance or touch is enough to make me imagine the life of somebody I’ve never met.

The second part is a sound piece made in collaboration with the musician and poet Eik Erik Sikk. It was done by conducting an analysis of the lists. Graphology is a technique used to determine a person’s mood and overall character by examining the size, slope, pressure, connections, and other tiny fragments of their handwriting. Even without training, I tried to write down potential characteristics of the people behind the lists based on their scripts. The sound work tries to emphasize how important it is to look beyond the piece of paper. Eik based poems on the outcomes of the readings and recited the made-up portraits alongside the content of the reminders.

The artist’s book includes scans of the entire collection and essays meant to open up the context behind the body of works. It serves as a summary of the present and previous works based on the collection. The poems by Eik are also included in the printed matter. The white screen printed covers store physical evidence of the people it has been in contact with. The shadows between the handbound spreads make the pages look scan-like.

Kaisa Maasik’s Master Thesis. From a Keepsake into a Portrait. Working with a Collection of Found Shopping Lists.Download

This project was co-funded by the Student Council of the Estonian Academy of Arts. 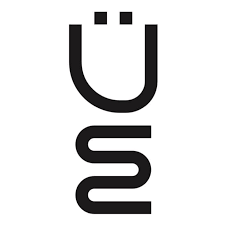